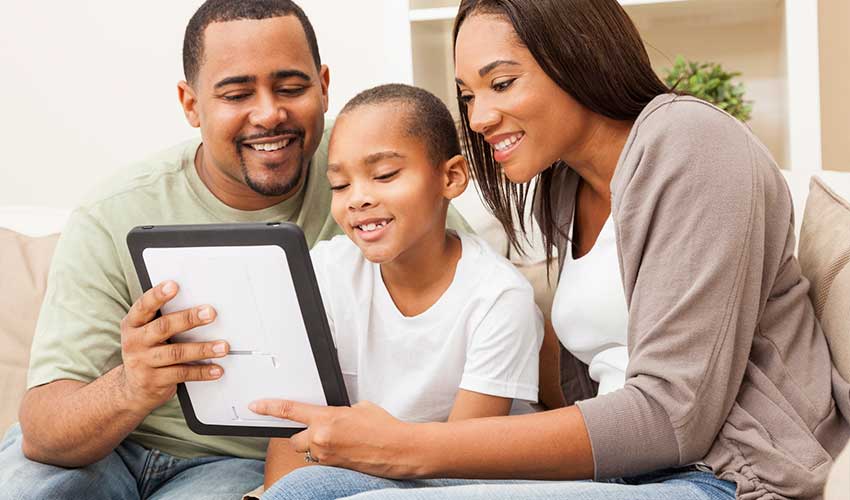 The kids are out of the house, at last. As much as you’ve been thinking about — or looking forward to — this day, the moment is about more than winning back your privacy and a little extra cash, financial advisers say.

Parents should view this new period in their lives as a time to reevaluate their financial plans, said Shelly-Ann Eweka, a financial planner in Denver with TIAA. With some bills being eliminated and other costs going up, empty nest-hood could be a time to rethink everything from your grocery bill to how much you invest in your home.

“When the children leave the home you should think of that as a life event, similar to getting married or having a baby,” Eweka said.

Here are some tips for navigating that financial shake-up during this new chapter in your life:

Create a new grocery list. Food shopping and dinners out should theoretically become less expensive once there are fewer mouths to feed. But some parents might find they don’t want to cook as much as a result and start going out to eat more often. Others may continue to buy more food than they need because they are still in the habit of shopping for more people. If you think you’ll find yourself in either of these situations, rework your food shopping routine so that it makes financial sense. Some parents may need to come up with new meals and snacks that make them excited about cooking meals at home on a smaller scale, said J.J. Montanaro, a financial planner with USAA in San Antonio. And if they are going to start hitting up pricier restaurants, they might want to balance that with dining out less often, reserving those outings for special occasions.

Do the math on home renovations. You might feel like now is the time to finally invest in home renovations you’ve been putting off. But homeowners should think carefully about how much longer they want to live in the house before they start tearing down walls, Eweka said. Having a timeline in mind can help determine how much to spend on the property, since it can take years to recover the costs of home improvements, she said. For example, it might make financial sense to remodel the kitchen if you expect to retire in your home, she said. In that scenario, you would have plenty of time to make use of the kitchen, and you could choose a style that you like without worrying about whether it would appeal to potential buyers. But if you aren’t planning to retire in the home, you may need to think more about whether the change would boost the market value of your home, Eweka said. If the increase would be larger than the cost of the improvements, the change may pay for itself, she said. Homeowners should also keep in mind that some home improvements, such as installing a new water heater, won’t necessarily boost their home’s value.

Shuffle up insurance. The car insurance bill is probably lower now that your 20-something is off the plan. And if your adult child is financially stable, you might not feel as much of a need for life insurance, Eweka said. Still, those savings might be canceled out by an increase in other insurance needs. For example, some parents in their 50s and 60s may want to use that cash to buy a long-term care insurance policy, which would help cover home-health costs and other medical bills in retirement, she said. Other people may want to review their disability insurance, which would replace part of their income if they became unable to work after an accident or injury.

Boost savings. Increasing your retirement savings now might be a no-brainer. But parents barely bump up their retirement contributions after they become empty nesters, according to the Center for Retirement Research at Boston College. The share of pay that parents stash in their 401(k) plans only increased by 0.3 to 0.7 percentage points after their children left the house to go to college or to live on their own, the research found. That extra cash you have from being an empty nester can help you get on track with your retirement savings goal if you haven’t saved as much as planned, Eweka said. Even if you feel like you are on track, boosting your savings can help you get ahead on your long-term savings goals, she said. If you aren’t already, work up to contributing the maximum $18,000 allowed for 401(k) plans and the maximum $5,500 allowed for IRAs. Savers age 50 and older who want to put away more cash can make catch-up contributions of $6,000 a year to their 401(k) plans or $1,000 a year to their IRAs.

Move to a smaller home. If the five-bedroom house is suddenly feeling too big, moving into a smaller, less expensive house can be a way to boost the amount of money going into your retirement account. Moving into a smaller home may lead to smaller mortgage payment, lower heating and electricity bills and more affordable maintenance costs, Eweka said. But don’t rush into the decision. As with any home purchase, prospective buyers should think carefully about how long they would like to stay in that new house to decide if the benefits will outweigh the costs, Montanaro said. Home buyers should factor in closing costs, property taxes and any repairs they would need to make to their new home.

Revisit other goals. You might already have a cash fund to pay for home repairs and other emergencies. But building up a cash fund to pay for your children’s weddings, trips to Tahiti and other goals you have can keep you from raiding your retirement account or turning to credit cards when those costs come up, Montanaro said. Think about these goals before you pour every extra dollar into your 401(k), where it will have to stay until retirement if you don’t want to pay an early withdrawal penalty, he said. “That will prevent you from having to backtrack on some of the work you’ve done,” he said. Plus, those savings could also help to cover some of your expenses in retirement.

Talk money with the kids. With more adult children living at home with their parents, empty-nesthood doesn’t come as early as it once did. And plenty of parents continue to support their children financially long after they leave the home by covering their cellphone bills, insurance costs or helping to pay for basic living expenses. “Out of the house doesn’t necessarily mean the financial tie is cut,” Montanaro said. Talking to your children about how they should manage their finances can reduce the chances that they will rely on you for cash, Eweka said. If your children are living at home after college and working, it is fair to talk to them about taking on some monthly expenses, such as the Internet bill. “Have them take on some of the responsibility so they understand how that works,” she said.